During the presentation new Model S and Model X (now available in France), Tesla had obviously focused on the novelties and other optimizations provided by these new models, but another detail had caught the attention of many motorists: the Yoke steering wheel. Indeed, Tesla vehicles were delivered as standard with a strange rectangular steering wheel, which obviously does not seem to be successful… since the manufacturer has just added an option to its configurator, allowing you to opt for a “classic” steering wheel.

Indeed, in parallel with the arrival of new, more affordable versions for its Model S and Model X (namely the Dual Motor versions), Tesla has just added a new option to its configurator. If until now, buyers were forced to get used to a particularly confusing Yoke steering wheel, it is now possible to configure your Model S or Model X with a good old round steering wheel “old“, without any additional cost.

In July 2021, Tesla CEO and future Twitter boss Elon Musk, however, was adamant that buyers could opt for a classic steering wheel when configuring their vehicle.

Since its integration, the Yoke steering wheel has not won unanimous support, and there is no doubt that the many complaints from buyers/future buyers have forced Tesla to offer its new vehicles with a traditional steering wheel. 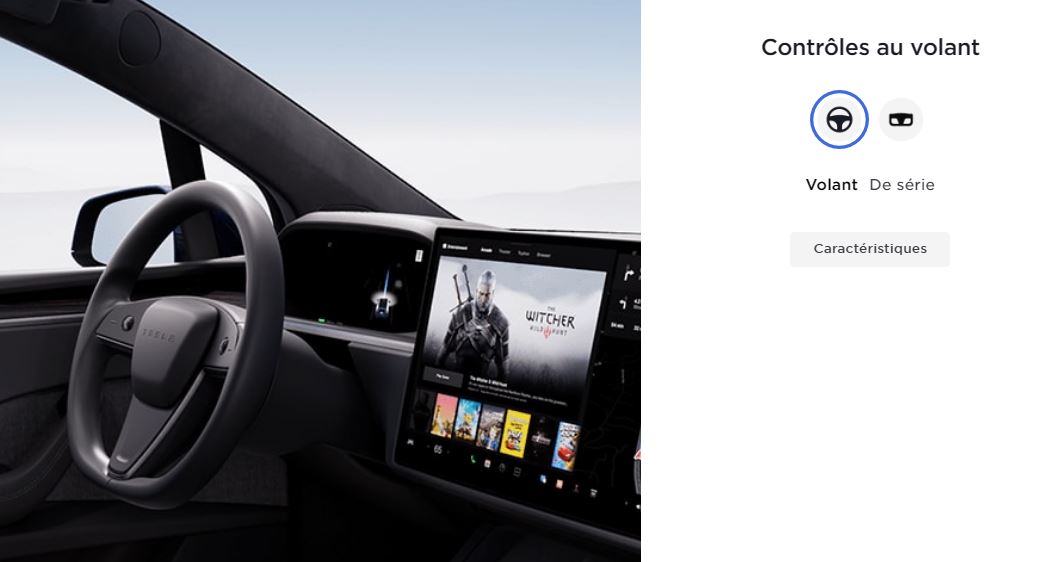 In addition to its confusing shape, the Yoke steering wheel also has touch buttons (notably for the turn signals) located directly on the steering wheel, to be operated via the left thumb. Not very ergonomic therefore, nor very responsive according to some buyers…

And for those who have already bought a Tesla with a Yoke steering wheel?

The other good news is that anyone who has bought a Tesla vehicle equipped with a Yoke steering wheel will be able to ask to swap it for a classic steering wheel. This will be possible from March, via Tesla’s after-sales service. However, if the change is proposed “series” during the initial configuration of the vehicle, in this specific case, you will have to agree to pay the sum of 900 euros.

On its official website, Tesla offers those concerned to “enjoy a heated steering wheel and the feel of vegan leather, with a traditional shape, without a switch“. Obviously, the price of 900 euros includes the complete installation of the steering wheel by Tesla Service.

Despite Elon Musk’s escapades (via Twitter) at the end of last year, and numerous reminders from Tesla throughout 2022, Tesla had a very positive last quarter, with no less than 405,278 vehicles electricity sold. A record for the manufacturerwhich therefore begins 2023 with a certain serenity.