Journalist Mark Gurman is able to confirm several features of the iPhone 15 expected for the end of 2023.

Apple’s star of the year should be its first mixed reality headset, but fans of the brand are also eagerly awaiting the next iPhone. And for good reason, iPhone 15 should propose several major changes.

Dynamic Island for all

Journalist Mark Gurman was able to confirm for the media Bloomberg several of the changes to expect from the iPhone 15. First of all, we must remember that we are in fact talking about a full range of four smartphones, and not just one new model.

As it is now used to, the firm will indeed offer two Pro models which will be entitled to major new features, while the iPhone 15 and a presumed iPhone 15 Plus will be a catch-up course. 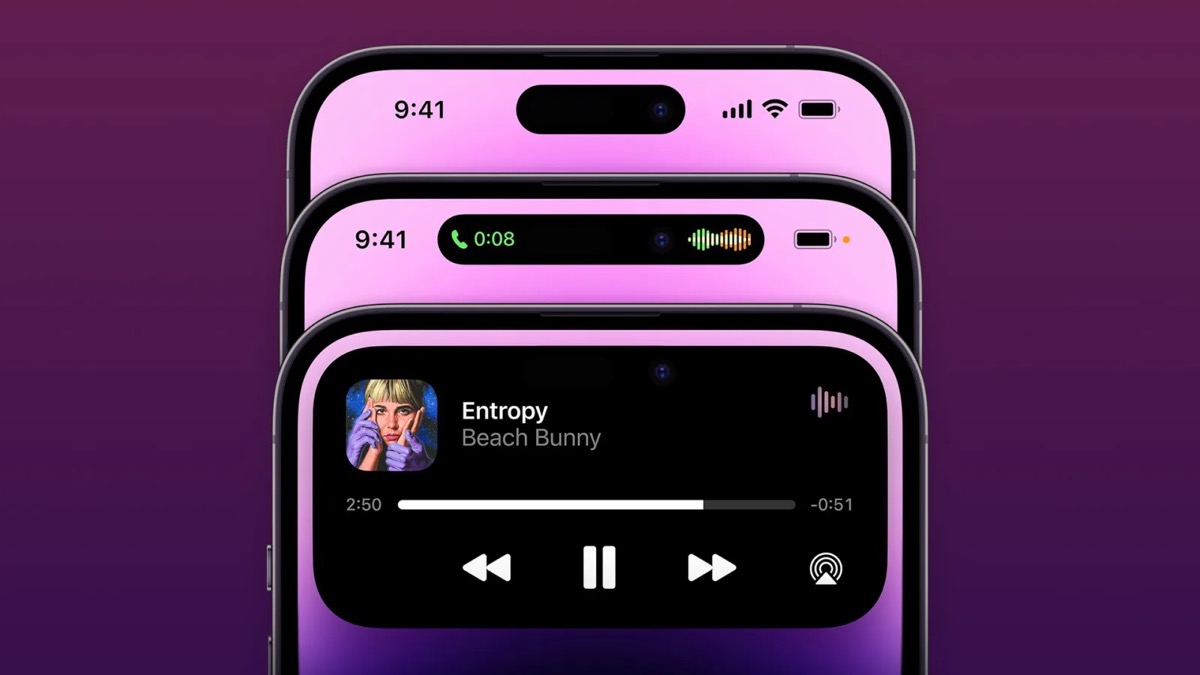 The journalist indeed confirms that Dynamic Island will now be offered on all iPhone models. This trade name includes as a reminder a shrinking of the sensors on the Face ID front and the use by the software of this space to create notifications.

Another common and expected change for the entire range: the switch to USB-C instead of the Lightning. Apple is changing this design to align with future regulations in Europe.

Mark Gurman also confirms several features reserved for the future iPhone 15 Pro (and Pro Max). The most important changes seem to be on the design side with the disappearance of the physical buttons for adjusting the volume. Apple would introduce haptic buttons here to simulate the effect of the physical.

The stainless steel chassis would be replaced by titanium already used on Apple Watch Ultra. At the rear, the photo module should also evolve to integrate a periscope allowing zoom levels never before achieved on an iPhone.

We do not forget the obvious: the iPhone 15 Pro would be entitled to a new, more efficient chip from Apple.

Bloomberg does not return to this element in its article, but the software should also experience a major paradigm shift with the iPhone 15. Indeed, it will be the first iPhone range to integrate iOS 17 which should, in principle, open its doors to competition.

As still has teased Epic Games recentlyit is with iOS 17 that it should be possible to install applications, and even stores, without going through the Apple App Store.

Between the switch to USB-C, design changes and the opening of the App Store to competition, the iPhone 15 is shaping up to be a major change for the iPhone.

The iPhone 15 should be presented in September for a release before the end of the year.